England cricketers have denied claims that they requested the England and Wales Cricket Board (ECB) to call off their tour of Pakistan. According to an English publication, The Daily Mail, the England Cricketers’ union stated that they were not even asked regarding the matter.

Earlier, ECB had stated that they decided to call off their the tour of Paksitan due to the mental and physical well-being of their players.  They said that the players had spent a lot of time in bio-secure bubbles, and with the T20 World Cup right around the corner, it is in their best interest to focus on the mega event by having some rest. 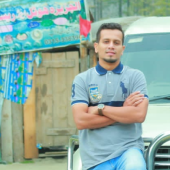